Ankylosaurus was a herbivore. It lived in the Late Cretaceous period and inhabited North America. Its fossils have been found in places such as Montana, Colorado and Alberta (Canada).

The Ankylosaurus is a squat, quadruped dinosaur remarkable for its armor plating and club-like tail. An hebivore, it was active during the late Cretaceous period and is the most well-known example of its family, Ankylosauridae.

As with the other more popular dinosaurs, the depiction of the Ankylosaurus in art has changed considerably over the years as more and more new information has come to light. In early illustrations, the gait of the Ankylosaurus was more squat, and it carried its tail low to the ground; it is now known that it walked with its hind legs held straighter, and its tail high in the air. Newer illustrations will sometimes incorporate these changes in understanding.

Artistic depictions of the Ankylosaurus will often exaggerate the elements of its armored plates, usually adding spikes and other features that more accurately reflect other members of the Ankylosauridae family.

All the Ankylosaurus illustrations below were collected from the internet. Enjoy and explore: 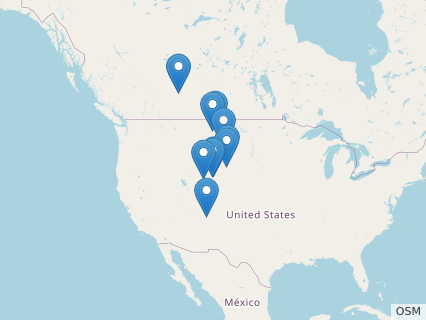 Thanks to the illustrators, PaleoDB, Dr. Christopher Scotese, and QuickChart Chart API enabling us to create this page.
Animantarx
Random Dino
Anningasaura