Archaeopteryx was a carnivore. It lived in the Jurassic period and inhabited Europe. Its fossils have been found in places such as Bavaria (Germany), Aragon (Spain) and Baden-Württemberg (Germany).

Archaeopteryx was a small dinosaur, roughly the size of a pigeon. It had feathers, and a visually-adapted brain that was far in advance of most contemporary creatures in the late Jurassic. But it didn't have the kind of claws for secure perching on a branch. And ever since the first discovery in 1860 there has been controversy. Initially, Archaeopteryx was widely accepted as the “missing link” between dinosaurs and birds, and most commentators agreed to call it “the first bird”.

With the discovery of a further 11 specimens, all from the limestone strata at Solnhofen in Germany, the experts are more cautious. The creature had distinctive reptilian features, and just a few that resembled the anatomy of modern birds, such as a wishbone. It had been incapable of raising its wings above the horizontal, so could only make half a flap.

Nowadays, the experts think Archaeopteryx could have made only short upward flights, followed by a glide. For some, it is not the first avian species, but a highly important precursor of true birds, as one of the earliest steps on the evolutionary process which led to them.

All the Archaeopteryx illustrations below were collected from the internet. Enjoy and explore: 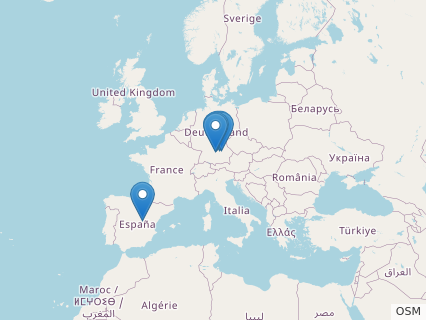 Thanks to the illustrators, PaleoDB, Dr. Christopher Scotese, and QuickChart Chart API enabling us to create this page.
Archaeonectrus
Random Dino
Archaeornithoides