Argentinosaurus was a herbivore. It lived in the Cretaceous period and inhabited South America. Its fossils have been found in places such as Argentina.

Named for the nation of Argentina where it was discovered, Argentinosaurus is among the largest verifiable genera of dinosaur ever known. Active during the late Cretaceous, this enormous creature may have been over 100 feet long and weighed more than 80 tons. Unlike Bruhathkayosaurus, there is an existing skeletal reconstruction for Argentinosaurus that provides a basis for its claim as the largest of the thunder lizards. It is thought that once hatched from an egg, an Argentinosaurus would not stop growing for the entirely of its life.

Argentinosaurus is depicted in art as similar to many sauropods, with a long neck and tail protruding laterally from a stocky body on four stout legs. It is sometimes depicted with spines running from its head all the way to the tip of its tail.

All the Argentinosaurus illustrations below were collected from the internet. Enjoy and explore: 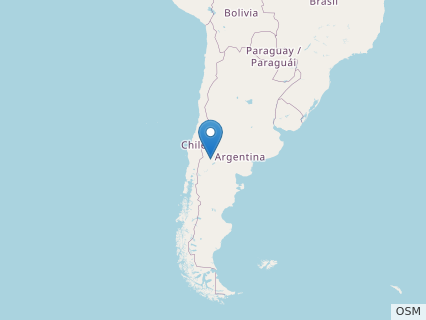 Thanks to the illustrators, PaleoDB, Dr. Christopher Scotese, and QuickChart Chart API enabling us to create this page.
Arenysaurus
Random Dino
Argyrosaurus