Brachiosaurus was a herbivore. It lived in the Jurassic/Cretaceous period and inhabited North America. Its fossils have been found in places such as Utah, Colorado and Lindi (Tanzania).

The brachiosaurus is a tall sauropod with a comparatively short tail and upright posture. Its front legs are longer than its hind legs, and its head has a distinctive nasal opening that is prominently shown in many of the illustrations depicting it.

Unlike many other sauropods, which orient themselves lengthwise along the ground, the Brachiosaurus’ posture is directed upward. Many researchers believe this enabled it to reach the higher limbs of treetops and vegetation, in much the same manner as a giraffe.

Brachiosaur remains have been found in North America, Europe and Africa, although some researchers claim that these actually represent separate genera.

All the Brachiosaurus illustrations below were collected from the internet. Enjoy and explore: 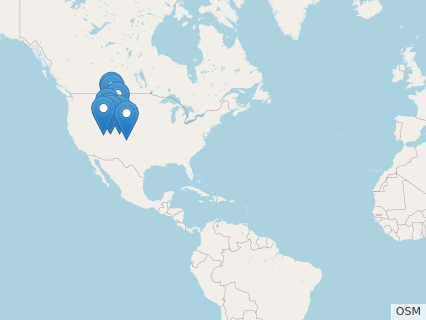 Thanks to the illustrators, PaleoDB, Dr. Christopher Scotese, and QuickChart Chart API enabling us to create this page.
Brachauchenius
Random Dino
Brachyceratops