Carnotaurus was a carnivore. It lived in the Cretaceous period and inhabited South America. Its fossils have been found in places such as Argentina.

Carnotaurus was a carnivorous theropod that dwelled in what would become South America during the late Cretaceous period. Its name means “meat-eating bull”, and it resembles a Tyrannosaur with horns.

Scientists have been fortunate to have recovered a remarkably well-preserved skeleton of a Carnotaurus, which they have used to glean many insights not only into that genus but also many other theropods. Carnotaurus has the smallest forelimbs of all theropods, smaller even than those of the notoriously small-armed Tyrannorsaurus Rex. It is thought that the arms may have been entirely vestigial, serving no practical function, unlike the T. Rex’s arms, which are now suspected to have been functional.

In art, the Carnotaurus is shown with wide variety of skin colors and patterns, but can be recognized easily by the horns protruding from above its eyes, and its noticeably stubby forelimbs.

All the Carnotaurus illustrations below were collected from the internet. Enjoy and explore: 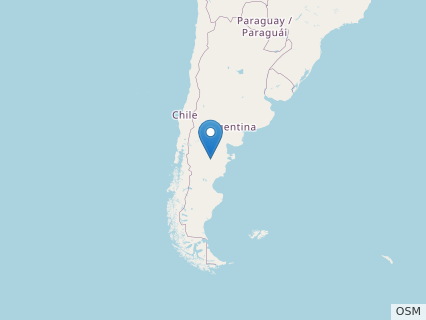 Thanks to the illustrators, PaleoDB, Dr. Christopher Scotese, and QuickChart Chart API enabling us to create this page.
Carniadactylus
Random Dino
Caseosaurus