Diplodocus was a herbivore. It lived in the Jurassic period and inhabited North America. Its fossils have been found in places such as Utah, New Mexico and South Dakota.

For a long time, Diplodocus’ claim to fame was being the longest land-dwelling dinosaur. It is named for for the structure (“double-beamed”) of the bones on the underside of its colossal tail. While there have since been other discoveries of even longer sauropods, many researchers assert that these may, in fact, be direct relatives of Diplodocus.

As long as a city bus, moving on sturdy, trunk-like legs, and with a beaming neck and tail, the Diplodocus was an herbivore that browsed the foliage of the Jurassic. It is sometimes depicted with a row of spines running from its head to its tail. The spines were introduced to illustrators after a discovery of new fossils at a single site, but the fossils in question have since been recategorized as a form of barosaurus.

Early artists’ renditions of diplodocus’ posture depict a straddling gait, with the legs put out to the side and belly dragging along the ground, something like an iguana. It was through later researchers’ assessments of tracks and skeletal mechanics that it was decided Diplodocus probably had a standing gait more similar to that of a horse. Later illustrations tend to depict this kind of posture instead.

All the Diplodocus illustrations below were collected from the internet. Enjoy and explore: 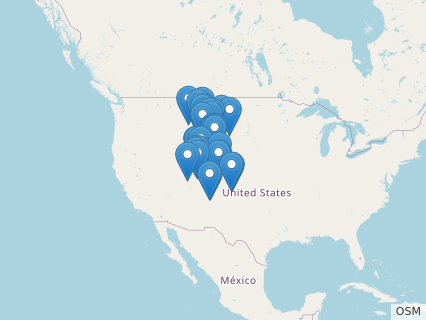 Thanks to the illustrators, PaleoDB, Dr. Christopher Scotese, and QuickChart Chart API enabling us to create this page.
Diopecephalus
Random Dino
Diplotomodon