Edmontosaurus was a herbivore. It lived in the Late Cretaceous period and inhabited North America. Its fossils have been found in places such as Montana, Montana and Colorado.

Edmontosaurus was a vegetarian Hadrosaur who was more duck-billed than most, with a face like a shovel at the end of a long neck. The first fossils emerged from Hell Creek in South Dakota and Cretaceous sediments in Wyoming during the 19th century.

After sporting various scientific names, the species has been known as Edmontosaurus since 1917, and a discovery in the Edmonton geological formation in Canada. It grazed the plains of Saskatchewan along with Triceratops, in the final years of the Cretaceous, just before the mass extinction that gave the mammals their shot at world domination.

All the Edmontosaurus illustrations below were collected from the internet. Enjoy and explore: 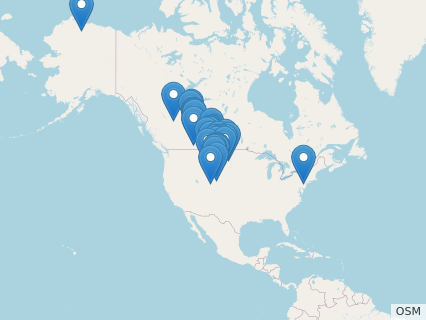 Thanks to the illustrators, PaleoDB, Dr. Christopher Scotese, and QuickChart Chart API enabling us to create this page.
Edmontonia
Random Dino
Efraasia