Liopleurodon was a plesiosaur, a type of marine reptile. It was not a dinosaur, though it coexisted with many dinosaurs. The first Liopleurodon fossil was discovered in 1873.

Liopleurodon was a sea-dwelling reptile of the middle Jurassic period. It was a form of short-necked plesiosaur which existed in the regions that now comprise Europe.

Liopleurodon is frequently depicted with protruding teeth at the front of its mouth, from which it derives its name meaning “smooth-sided teeth”.

Some early estimates as to the length of Liopleurodon were based only on the size of its skull, which resulted in a drastic exaggeration of its proportions. Reports of an 85 foot long aquatic leviathan captured the public imagination, and the creature’s size was reported as fact in multiple television features. As a result, artistic depictions sometimes emphasize the huge size of Liopleurodon, with varying interpretations as to the length of its neck. In truth, the genus was likely close to only 20 feet in length, and had a very short neck for a plesiosaur.

All the Liopleurodon illustrations below were collected from the internet. Enjoy and explore: 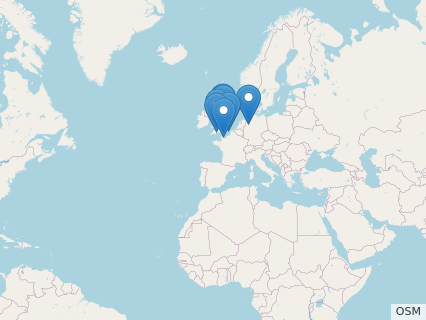 Liopleurodon was described by the following scientific paper(s): Thanks to the illustrators, PaleoDB, Dr. Christopher Scotese, and QuickChart Chart API enabling us to create this page.
Linhevenator
Random Dino
Lirainosaurus