Named for the Aztec deity Quetzacouatl, a mythical feathered serpent, Quetzalcoatlus has much in common with its namesake. Its appearance is quite distinct, with an oversized head and beak, colorful rounded crest, a long thin neck, and strangely proportioned legs and wings. It may be the largest flying creature ever to have lived, with a wingspan reaching nearly 40 feet!

Like the other Pterosaurs, Quetzalcoatlus is not technically a dinosaur, but did exist alongside dinosaurs during the late Cretaceous period.

Quetzalcoatlus is often depicted in art with feathers, perhaps owing to its mythological namesake. However, researchers believe it was instead covered with pycnofibres, which are hair-like fibers that differ from animal hair.

All the Quetzalcoatlus illustrations below were collected from the internet. Enjoy and explore: 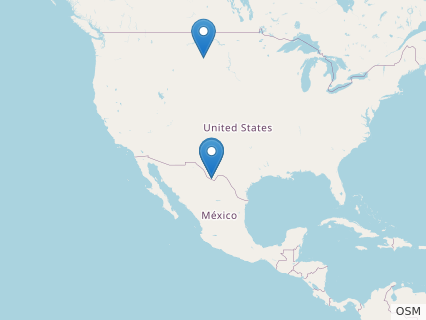 Thanks to the illustrators, PaleoDB, Dr. Christopher Scotese, and QuickChart Chart API enabling us to create this page.
Quetecsaurus
Random Dino
Quilmesaurus