Rugops was a carnivore. It lived in the Cretaceous period and inhabited Africa. Its fossils have been found in places such as Tahoua (Niger).

The Rugops is a smaller theropod carnivore that dwelt in what is now the African continent during the late Cretaceous period. The only recovered fossil of a Rugops is a single skull, from which most of the other details known have been extrapolated.

It was estimated to have been around 20 feet (6 meters) long, and to have stood just above the head of an adult male human. Its arms are likely to have been vestigial and served little purpose, like many other theropods.

All the Rugops illustrations below were collected from the internet. Enjoy and explore: 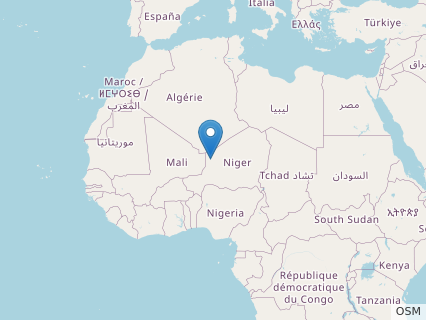 Thanks to the illustrators, PaleoDB, Dr. Christopher Scotese, and QuickChart Chart API enabling us to create this page.
Ruehleia
Random Dino
Rukwatitan