If any dinosaur relative deserves to be called “cute”, perhaps it should be this late Jurassic pterosaur or “flying lizard” with a name meaning “boat-shaped jaw”, which it acquired in 1861. It's certainly tiny in comparison with most of its kind. It lived and preyed on small game in the same Solnhofen limestone area where the Archaeopteryx was found.

But the pterosaur evolved into a warm-blooded flier without feathers. Like modern bats, its wings were made of skin. Unlike Archaeopteryx, Scaphgnathus was an aerobatic performer. Only three specimens are known, of which one is a half-grown form with a wingspan of less than two feet. Experts think the long tail acted to stabilise the creature in flight. The body was lightly furred, and each wing was a skin, held in place by a very long fourth finger.

The pterosaur family began in the Triassic, with long tails and plenty of teeth. By the time they were wiped out 63 million years ago, tails were shorter and beaks tended to be toothless. What did Scaphoghathus eat? Scientists speculate that he skimmed the water and seized small fish near the surface in his long, narrow jaws. This is assumed to be a common feeding pattern, with flying insects as a supplementary form of food.

All the Scaphognathus illustrations below were collected from the internet. Enjoy and explore: 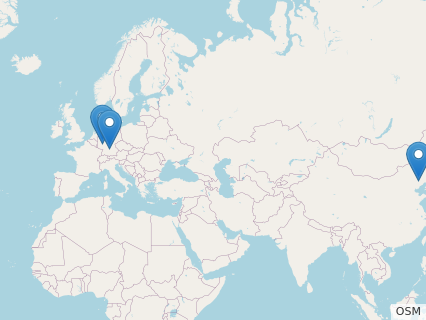 Thanks to the illustrators, PaleoDB, Dr. Christopher Scotese, and QuickChart Chart API enabling us to create this page.
Scansoriopteryx
Random Dino
Scelidosaurus