Dilophosaurus was a carnivore. It lived in the Jurassic period and inhabited Asia and North America. Its fossils have been found in places such as Telangana (india), Arizona and Arizona.

Dilophosaurus was a carnivorous theropod during the early Jurassic period. It is highly recognizable due to the two flat, spreading crests atop its head. The predator was about 20 feet (6 meters) in length from head to tail, but stood only about as tall as an adult human.

The purpose of the Dilophosaurus’ crests is a matter of some debate, though most researchers agree that they were likely aesthetic in function or used for heat regulation, rather than weapons.

In art, the Dilophosaurus is always distinguished by its crests. It is also often depicted with feathers or feather-like constructs, since as with most theropods it is now thought to have had them. Notably, artists inspired by the Jurassic Park films may include a frill around the neck, like that of a frilled lizard. This is known to have been artistic license on the part of Michael Crichton, but has worked its way into the popular conception nonetheless.

All the Dilophosaurus illustrations below were collected from the internet. Enjoy and explore: 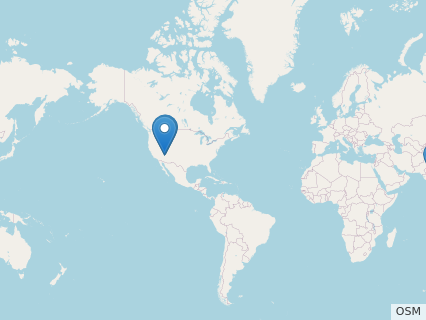 Thanks to the illustrators, PaleoDB, Dr. Christopher Scotese, and QuickChart Chart API enabling us to create this page.
Dilong
Random Dino
Diluvicursor