Elasmosaurus was a plesiosaur, a type of marine reptile. It was not a dinosaur, though it coexisted with many dinosaurs. The first Elasmosaurus fossil was discovered in 1868.

Elasmosaurus was one of the largest plesiosaurs, living during the late Cretaceous period. It was enormous in scale, reaching up to 46 feet in length, albeit much of its length was accounted for by its incredibly long and serpentine neck.

When it was originally discovered by Edward Cope, he mistakenly believed that the creature’s neck was in fact an extremely long tail.

Researchers believe that the purpose of the creature’s long neck was to allow it to reposition quickly and catch prey that would otherwise be able to out-maneuver the larger mass of the Elasmosaurus’ body.

All the Elasmosaurus illustrations below were collected from the internet. Enjoy and explore: 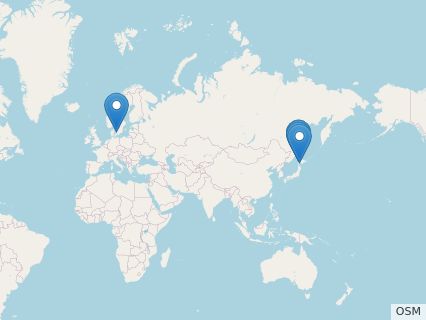 Elasmosaurus was described by the following scientific paper(s):

Thanks to the illustrators, PaleoDB, Dr. Christopher Scotese, and QuickChart Chart API enabling us to create this page.
Elaphrosaurus
Random Dino
Elmisaurus