Maiasaura was a herbivore. It lived in the Cretaceous period and inhabited North America. Its fossils have been found in places such as Montana.

This dinosaur was named “The Good Mother” because there is evidence that she looked after her nest of eggs very well. And her fossil was found among a whole area of nests, all clustered together, like a mass incubation ground. She was excavated in Montana during 1979.

Big Mama weighed in at around four tons, with a nose to tail tip measurement of some 30 feet, and stood at least eight feet at the shoulder. Montana must have been a very rich environment at the time, rich enough to support hundreds of duck-billed plant eaters like Maiasaura, with huge appetites, and side teeth that could process enormous amounts of plant material.

According to the fossil specialists who found her, the four-footed Maiasura species was unlikely to have been a lumbering colossus in the style of Diplodocus. Anatomical studies suggest she may have moved along at 25 miles an hour. And one may imagine how a Maiasaura herd may have patrolled the perimeter of the hatchery, as a formidable defense and protection system for their precious eggs.

All the Maiasaura illustrations below were collected from the internet. Enjoy and explore: 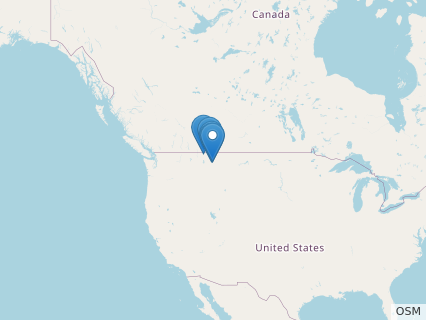 Thanks to the illustrators, PaleoDB, Dr. Christopher Scotese, and QuickChart Chart API enabling us to create this page.
Mahakala
Random Dino
Majungasaurus