Nodosaurus was a herbivore. It lived in the Cretaceous period and inhabited North America. Its fossils have been found in places such as Alberta (Canada) and Wyoming.

This dinosaur was a tough guy back in the day, about 100 million years ago. He was like a walking tank, covered in armour. And Nodosaurus could get on with munching his soft diet, while small predators blunted their sharp teeth on his well-protected body, which was covered in a layer of bony plates and nodules.

He was a member of the Ankylosaur family, and could grow up to 20 feet in length, with a mass of 1.8 tons and a hefty club for a tail. Discovered in 1889 in Wyoming, this Stegosaur relative stomped around in the mid-Jurassic as one of the founding fathers of a tough armoured dynasty. After him came a radiation of chunky anklylosaurs which split into two families.

We don't have to try very hard to come up with a reconstruction of Nodosaurus, for a recent specimen unearthed by Canadian miners looks like an accurate plaster cast of the animal. Every nodule, every wrinkle in the skin is preserved to perfection. The fossil is the most accurate ever found, with a stunning impression of the finest anatomical features. This is the jewel of fossils!

All the Nodosaurus illustrations below were collected from the internet. Enjoy and explore: 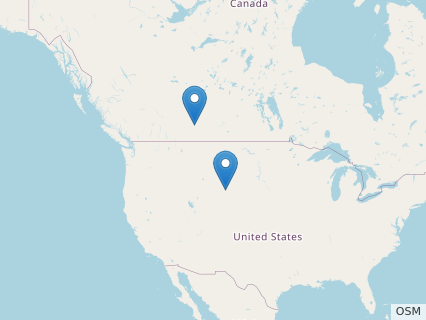 Thanks to the illustrators, PaleoDB, Dr. Christopher Scotese, and QuickChart Chart API enabling us to create this page.
Nodocephalosaurus
Random Dino
Nomingia