With its kite-like body and wing structure, and a streamlined beak and crest, the Pteranodon is an airborne monster built for speed. However, the Pteranodon is not actually a dinosaur, but a pterosaur. This academic distinction doesn’t seem to have hurt its reputation among dinosaur lovers, and the Pteranodon is very often depicted alongside dinosaurs.

The Pteranodon dwelt along the Western Interior Seaway, an ocean channel that would eventually become dry land in western North America. It had a wingspan of up to 20 feet, and its flight pattern probably resembled that of a large sea-bird. Its diet included fish, which may have resulted in the distinct formation of it’s spear-like skull and beak, adapted for diving from a great height to catch a meal.

All the Pteranodon illustrations below were collected from the internet. Enjoy and explore: 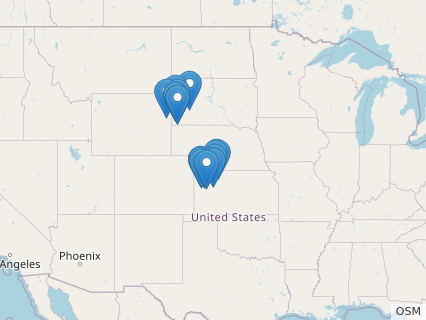 Thanks to the illustrators, PaleoDB, Dr. Christopher Scotese, and QuickChart Chart API enabling us to create this page.
Ptenodracon
Random Dino
Pterodactyl