Tyrannotitan was a carnivore. It lived in the Cretaceous period and inhabited South America. Its fossils have been found in places such as Argentina.

Tyrannotitan lived in what is now Patagonia, about 100 million years ago. Excavated in 2005, he had shrivelled forelimbs and a terrifying set of teeth with ripping edges. He is closely related to his T. Rex rivals from the same gang: Giganotosaurus and Carcharodontosaurus, with teeth resembling those of the great white shark. Tyrannotitan's fighting weight was about seven tons and he must have measured roughly 40 feet from nose to tail.

All the Tyrannotitan illustrations below were collected from the internet. Enjoy and explore: 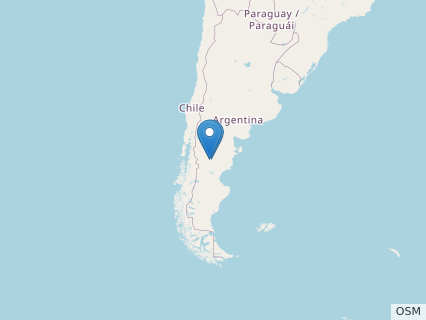 Thanks to the illustrators, PaleoDB, Dr. Christopher Scotese, and QuickChart Chart API enabling us to create this page.
Tyrannosaurus
Random Dino
Uberabatitan