Rhomaleosaurus was a plesiosaur, a type of marine reptile. It was not a dinosaur, though it coexisted with many dinosaurs. The first Rhomaleosaurus fossil was discovered in 1871.

All the Rhomaleosaurus illustrations below were collected from the internet. Enjoy and explore:

Rhomaleosaurus was described by the following scientific paper(s): 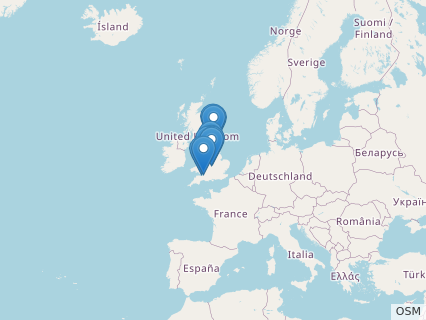 Thanks to the illustrators, PaleoDB, Dr. Christopher Scotese, and QuickChart Chart API enabling us to create this page.
Rhoetosaurus
Random Dino
Richardoestesia