Troodon was a carnivore. It lived in the Cretaceous period and inhabited Asia and North America. Its fossils have been found in places such as Alaska, Heilongjiang (China) and Montana.

This family of small bird-shaped Cretaceous dinosaurs first made headlines after a discovery in Montana in 1855, in strata that are some 77 million years old. And that's when the arguments started, and all the different names invented by scientists. The first name came from the Greek, and meant “killer tooth”, because the fossil teeth had sawtooth edges. Ironically this anatomical feature is actually the sign of a herbivore diet. The name confusion only settled down in recent years, when “Stenonychosaurus” was finally dropped in favor of Troodon. But work continues on widely separated members of the Troodontid family, found on sites as far apart as Alaska, Texas and New Mexico. Cautious taxonomists are treading warily through the family web, far-flung in time and space. It is unlikely that every species currently tagged as Troodontid is a true family member.

All the Troodon illustrations below were collected from the internet. Enjoy and explore: 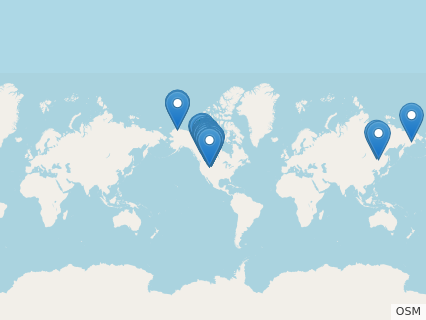 Thanks to the illustrators, PaleoDB, Dr. Christopher Scotese, and QuickChart Chart API enabling us to create this page.
Trinisaura
Random Dino
Tropeognathus